Doximity — The physician’s private network, accessible wherever you are.

Now known as PickTeams, I was consulted on designing an augmented version of their interface and user flow for their GoCrossCampus gaming site. The job encompassed building a Facebook application, CSS, Adobe Fireworks, HTML, PHP (Zend), and Smarty Templates.

This kind of game is a product of how people live and interact today--a tool that enhances real-world collaboration. 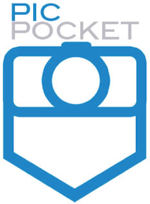 PicPocket started as a project to enter into the photo sharing market. We were in direct competition with Shutterfly, Flikr, and Snapfish. However, we did it better than them. With propreitary image enhancement, we could turn cell phone images into a higher quality - you might say something worth looking at. We also planned to use geocoding and stenography and explored the option of an iPhone app based on current location, which we thought would be cool in a stadium or concert hall.

We had shot at market share, the technology was even there, but the management just was not. Several executives and investors denied the project funding.

With some simple PHP scripting and a fancy jQuery gallery I was able to finish this job efficiently. I created the brand identity, logo, SEO, and portfolio for the client.

Developed a personal portfolio for a graphic designer in North Boston. Client designs brochures and other larger pieces of art that pop out. By using jQuery animations we were able to emulate a similar effect for his web site. 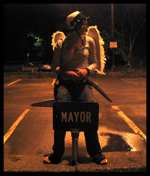